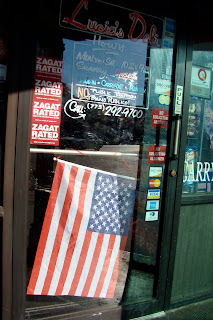 (As usual, apologies on just hosting a press release here. I'm linking to it from The Pipeline and yes will be reporting on this event, or possibly Nandika)

Join forces with over 34 million Americans to promote crime awareness, anti-drug programs, and violence prevention as the 14th District Chicago Police Department presents the 27th Annual National Night Out. Logan Square is one of the 15,000 communities that will host a Crime Prevention Event Nationwide on Tuesday, August 3rd, 2010, from 5 to 10 PM, at the Humboldt Park Boathouse, 1359 N. Sacramento Avenue.

As a salute to our Troops, the evening event will feature a demo on military guns, a tour of two Blackhawk Helicopters, and a Bomb and Arson Unit display. Unite with our troops and dance the night away with the local twelve-piece Orchestra Savor!, featuring Willy Garcia as well as a Michael Jackson impersonator. Countless other activities like rock climbing, a petting zoo, an antique car show, and a motorcycle exhibition will bring the community together for a night out against crime.

Free hotdogs, Domino’s pizza, cotton candy, and water will be served. A raffle for six children’s bicycles, donated by Target, will also take place. Be sure to arrive early as the first 300 people receive a complimentary American Flag! (note: Flag picture added by us, spotted on North Ave)
Posted by Alisa at 2:37 PM